The official RT News English app, formerly known as Russia Today, has been made available for download in the Windows Store for Windows 8, 8.1 and Windows RT users. Read the entire article below for more details and a video overview of the main features. 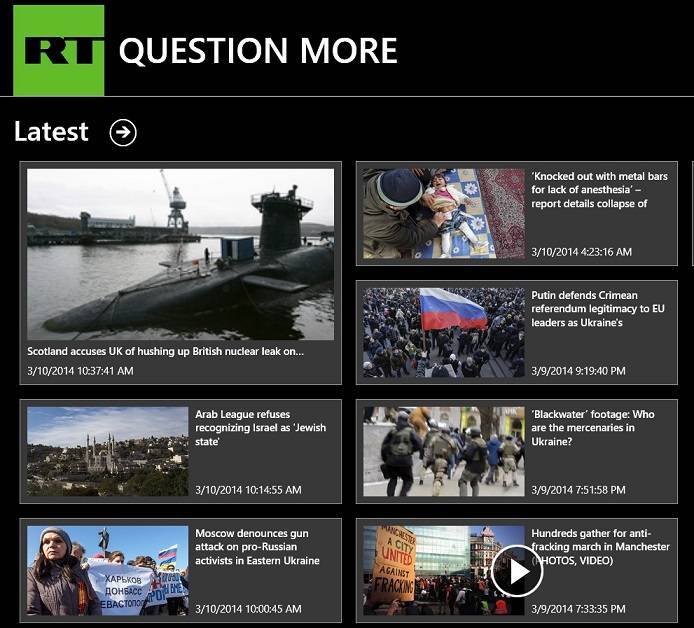 If you are interested in news regarding Russia and its oversea affairs, then you definitely need to check out the newly released ‘RT News English’ app in the Windows Store. For those who don’t know, RT is funded by the federal budget of Russia through and presents “round-the-clock news bulletins, documentaries, talk shows, and debates” which are aimed at Russia but also on international happenings. Recently released in the Windows Store, it has less than one megabyte and can be used on touch and desktop Windows devices.

RT is a 24/7 English-language news channel. We are set to show you how any story can be another story altogether. Broadcasting over six continents and 100 countries, our coverage focuses on international headlines, giving an innovative angle set to challenge viewers worldwide. 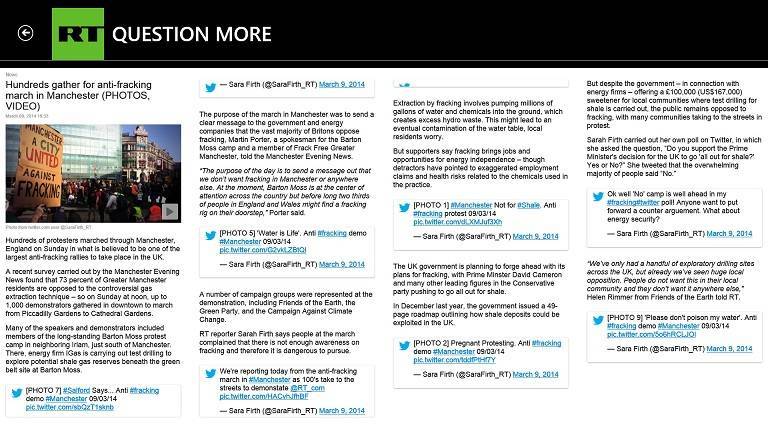 Those who have watched Russia Today on the TV, or just RT, as it’s currently known, are already accustomed with the highly professional level of the shows and reporting, similar to other big outlets such as EuroNews or CNN. I have tried out RT for Windows 8 for a few good minutes and you can see for yourself in the video from below that it looks pretty neat, indeed. Everything inside the app is real snappy and what I particularly enjoyed was the live stream feature. I experienced no lags, whatsoever, even while using the highest quality of the stream.

Whenever you want, you can right-click or double tap and you will be able to choose from the “news” and “on the air” sections. In the Live area of the app, you will be able to follow news from Russia or from America. RT also cared to mention on the official description that albeit the channel is government-fund, it shapes its editorial policy free from political and commercial influence. Having watched RT for more than a year now, I can attest to that.

According to the latest statistic, almost 650 million people watch the channel in more than 100 countries across the world, and this doesn’t necessarily mean that they are interested in Russia-oriented news, but they have become used with the professional reporting. To get the app on your Windows devices, follow the link from below.