Tech Megaluh
Home How-To Stream Videos and Music to Xbox 360 with Twonky for Android or...

Here’s how to use the Twonky app on Android or iOS to stream video, photos, and music to your HDTV via Xbox 360. You can use it to stream content stored on your device, or media that’s stored on other computers on your network.

First download the free Twonky app on your tablet or smartphone:

Use Twonky Beam to Stream Video to Xbox 360

Unlike using Twonky to beam video to the Roku, you don’t need to install a specific app on the Xbox 360. Just power on your Xbox console and launch the app on your device. For this example I’m using a Nexus 7 running the latest version of Android, but the process is similar on an iPhone or iPad. Swipe from the right side of the screen to the left, tap Display Device, then Xbox 360. 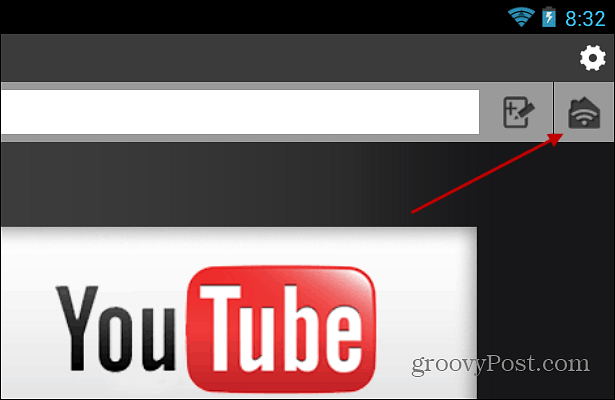 Then you should see the list of computers on your network that are powered on. Here I can see my home server, another Windows system, and the local device. Swipe from the right side of the screen to the left, tap Display Device, then Xbox 360. 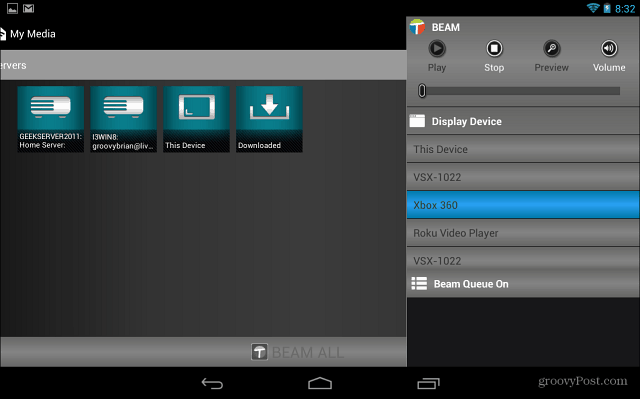 Tap the device where the media you wan to play is and navigate to the correct folder. Here I’m going to an episode of Homeland that’s located on my Windows Home Server. Tap the video, and then the beam button appears and it will start playing through your Xbox. 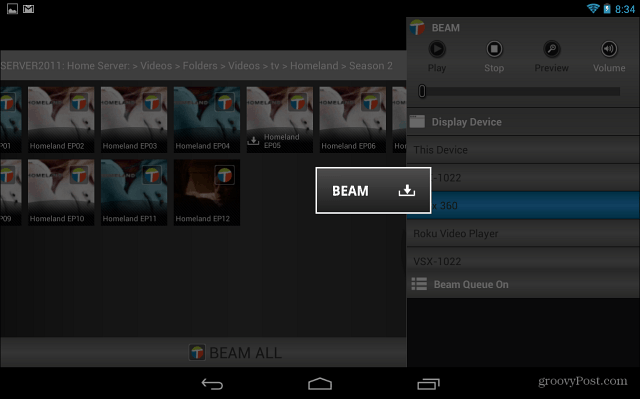 One of the super cool things about the Android version is you can stream FLAC music files to Xbox. Which you can’t do natively with iOS or even the Play To feature in Windows 8. 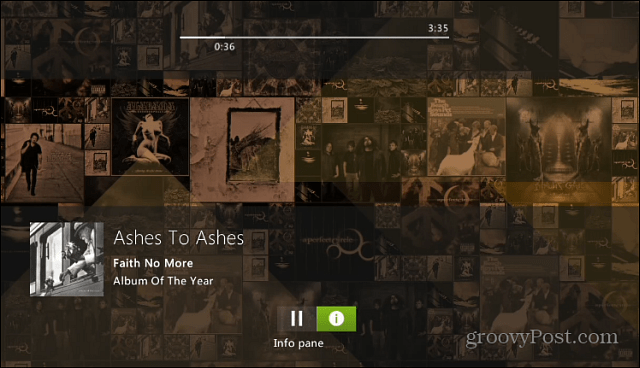 Twonky is a an awesome app for streaming video around your home to different devices. In fact, it’s perfect for watching YouTube on a Roku – since every YouTube app for Roku has been yanked from the Channel Store.